As GameSpot reports, Valve has implemented a policy that reduces the privileges of Steam users unless those users have spent $5 through the service. Along the same lines as suggestions to limit spam by imposing a small fee on emails, the move is intended to reduce resource abuse as a business model. From the article: “Malicious users often operate in the community on accounts which have not spent any money, reducing the individual risk of performing the actions they do, ” Valve said. “One of the best pieces of information we can compare between regular users and malicious users are their spending habits as typically the accounts being used have no investment in their longevity. Due to this being a common scenario we have decided to restrict certain community features until an account has met or exceeded $5.00 USD in Steam.” Restricted actions include sending invites, opening group chats, and taking part in the Steam marketplace. Read more of this story at Slashdot. 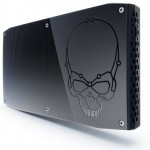