Read the article:
Windows 10 Timeline remembers everything you did on your PC 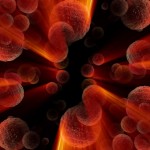