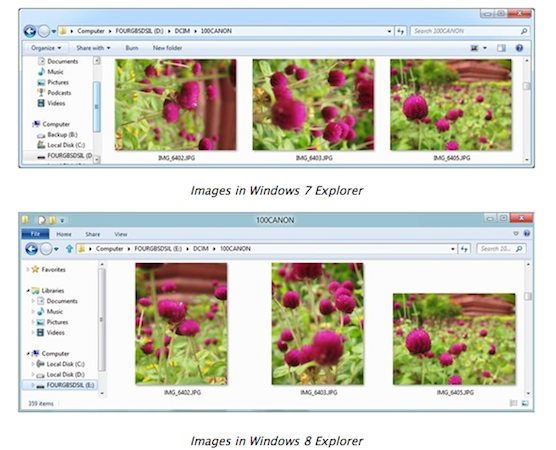 After augmenting Windows 8 with some mobile-friendly features, it looks like file management is next to go under the knife. Not the sexiest part of an OS, granted, but one you’ll use almost every day — a fact not lost on Redmond. Based on newsgroup feedback, Windows 8 will sport a stack of tweaks hoping to make some of the more mundane tasks, well, less mundane. For example, if you copy duplicate files to a directory, it’ll make decisions based on size, name and modified date to determine if it’s the same file or not. For long copy jobs, error messages will be mercifully left until the end, allowing the rest to complete. Other simple touches include EXIF orientation data, which will be reflected in Explorer’s preview, updates to the slightly contentious Ribbon, plus a bunch more user-driven goodies. We’re reserving judgement until we get hands-on of course, but if you want to know more, there’s a full rundown in the source after the break.

Windows 8 file management: You ask, Microsoft listens originally appeared on Engadget on Tue, 31 Jan 2012 12:02:00 EDT. Please see our terms for use of feeds.