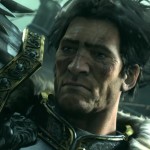 Blizzard will launch World of Warcraft ‘s sixth expansion, Legion , on August 30th, unleashing hordes of hellish beasts and fresh quests into the game world. Legion adds the Demon Hunter hero class, customizable artifact weapons and a new continent called the Broken Isles, among other updates. Pre-orders are live now in two flavors: the $50 Standard Edition or the $70 Digital Deluxe Edition, which includes an adorable demon dog as a pet, the Illidari Felstalker mount, and in-game goodies for Heroes of the Storm , StarCraft 2 and Diablo 3 (all of which are Blizzard properties as well). Pre-ordering the Standard or Digital Deluxe versions of Legion grants players the ability to boost one character up to level 100 and early access to the Demon Hunter class. Plus, there’s one more way to give Blizzard your money: The $90 Collector’s Edition includes everything from the Digital Deluxe version plus a hardcover art book, a two-disc behind-the-scenes Blu-ray / DVD set, a CD soundtrack and a Legion mousepad. This bundle will be available at retail only. World of Warcraft is an MMO that debuted in 2004 and quickly evolved into one of the most popular video games in the world. It hit a player-count high in 2010 with 12 million subscribers, but that number fell to 10 million in 2014 and finally 5.5 million in September 2015. That’s still millions of players, but the decline has fueled whispers of WoW ‘s demise — something that Blizzard will surely try to silence with Legion . Starting in 2016, Blizzard will no longer report subscriber numbers for World of Warcraft , so we’ll have to rely on gut feelings going forward. Source: BusinessWire

Intel says it will patch 90 percent of recent chips by... 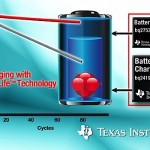