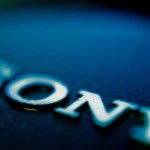 The WSJ is confirming what we all saw in Sony’s slick video teaser for its upcoming February 20th event: Sony will be announcing the PlayStation 4. Citing the ol’ reliable ‘people familiar with the matter’, the WSJ says that the PS4 will be announced on February 20th and be released later this year. More »

Read the original:
WSJ: Yes, Sony Will Announce the PlayStation 4 on February 20th

Ford will build EVs with Chinese automaker in $765 million deal