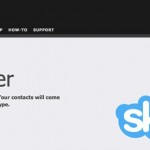 Microsoft retiring Messenger on March 15th, wants you to use Skype... 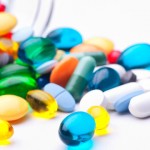 A Baby Has Been Cured of HIV