The Christmas holiday season is traditionally a great time to kick back and catch up on forgotten video games, and usually, we recommend doing so with majorly discounted video game sales. That’s still the case (and every platform, from Steam to Nintendo eShop to Xbox Live to PlayStation Network to GoG , seems to have a sale going on right now), but this year’s coolest holiday offer cannot be purchased: an out-of-nowhere ROM hack for one of Nintendo’s best original Game Boy games. Today, a classic-game hacker who goes by the handle Toruzz released a “ROM patch” for Nintendo’s 1992 game Super Mario Land 2: Six Golden Coins . This 25th-anniversary release adds a “DX” suffix to the game’s name, and that’s because it’s been designed specifically to run on original Game Boy Color hardware. As a result, the ROM hack adds support for the Game Boy Color’s expanded color palette—which could run up to 56 colors on the screen simultaneously, as broken down by various sprite-specific palettes—along with support for the GBC’s faster CPU. Read 3 remaining paragraphs | Comments 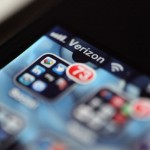 The Foam Fins Covering This Wetsuit Let You Body Surf Without...