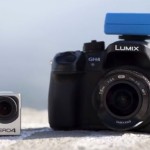 It’s possible to stabilize your phone videos through Hyperlapse , and dedicated video editors can smooth out other shaky clips with enough time and effort. But what if you want a simple way to eliminate jitters no matter which camera you’re using? SteadXP believes it can help. It’s crowdfunding a namesake device that brings three-axis video stabilization to virtually any camera, whether it’s an action cam, a DSLR or a pro-grade cinema cam. While many of these shooters have some kind of stabilization, SteadXP’s device uses motion tracking with after-the-fact software analysis to deliver the kind of graceful, movie-like stabilization that would normally require a gimbal or steadicam . And importantly, you don’t have to settle for one take on your footage. While SteadXP doesn’t play nicely with zooms and takes some time to compute the final results, you can reframe your subject to get the intended look. It’ll even suggest different trajectories (such as one that keeps the horizon level) to achieve particular effects. If you like the concept, you might want to act quickly and score a discount. SteadXP is promising a GoPro-compatible model with a €140 pledge ($159) or a DSLR/mirrorless version with a €230 ($261) pledge, but you’ll have to pay €30 more if you miss out on these early bird offerings. You won’t have to wait too long to give the stabilizer a shot, at least. Regular shipments will start in March if all goes well, and those willing to pony up additional cash (at least €200, or $227) can participate in a beta test beginning this January. If you frequently record your outdoor adventures and would rather not make viewers feel queasy, this gadget is likely worth a closer look. Filed under: Cameras , Peripherals Comments Via: The Verge Source: Kickstarter Tags: actioncamera, crowdfunding, dslr, gopro, ImageStabilization, kickstarter, mirrorless, photography, stabilization, steadxp, video 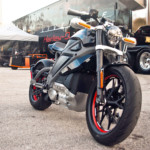 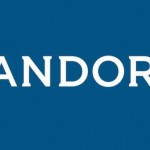 Pandora Brings Back Annual Subscriptions For Pandora One, at $55/yr