With plenty of third-party sellers populating its online store, Amazon is well accustomed to playing the middleman for processing transactions. Now the e-tailer’s taking that middleman role one step further; it will now manage monthly subscription payments for companies such as wireless service provider Ting. It’s just the latest move in Amazon’s ongoing effort to overtake PayPal . Amazon users will be able to use their stored credit-card information to make monthly payments at participating sites. For anyone who’s used PayPal, the process will be very familiar; you’ll see a payment button that will pull in your billing info from Amazon to process a transaction. Beyond Ting, it isn’t clear which companies will take advantage of the service, but we’d expect to see digital music services, additional wireless providers and gaming sites. Naturally, Amazon will get a fee for each transaction. For partners, the benefit comes in the form of Amazon’s name, which will theoretically make you feel safer when shopping at little-known web merchants. For many customers, though, privacy concerns remain. VP of seller services Tom Taylor told Reuters that Amazon will only collect the dollar amount of customers’ transactions, rather than information about which items were purchased. In any case, it all depends on customer trust – and a long list of partner merchants – for Amazon to make a dent in PayPal’s business. Filed under: Internet , Amazon Comments Source: Reuters

Taken from:
Amazon takes on PayPal with subscription-based payments 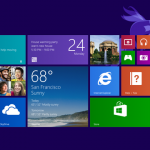 Roland announces software versions of its 808 and 909 drum machines