An anonymous reader quotes a report from Science Magazine: Trigonometry, the study of the lengths and angles of triangles, sends most modern high schoolers scurrying to their cellphones to look up angles, sines, and cosines. Now, a fresh look at a 3700-year-old clay tablet suggests that Babylonian mathematicians not only developed the first trig table, beating the Greeks to the punch by more than 1000 years, but that they also figured out an entirely new way to look at the subject. However, other experts on the clay tablet, known as Plimpton 322 (P322), say the new work is speculative at best. Consisting of four columns and 15 rows of numbers inscribed in cuneiform, the famous P322 tablet was discovered in the early 1900s in what is now southern Iraq by archaeologist, antiquities dealer, and diplomat Edgar Banks, the inspiration for the fictional character Indiana Jones. Now stored at Columbia University, the tablet first garnered attention in the 1940s, when historians recognized that its cuneiform inscriptions contain a series of numbers echoing the Pythagorean theorem, which explains the relationship of the lengths of the sides of a right triangle. (The theorem: The square of the hypotenuse equals the sum of the square of the other two sides.) But why ancient scribes generated and sorted these numbers in the first place has been debated for decades. Mathematician Daniel Mansfield of the University of New South Wales (UNSW) realized that the information he needed was in missing pieces of P322 that had been reconstructed by other researchers. He and UNSW mathematician Norman Wildberger concluded that the Babylonians expressed trigonometry in terms of exact ratios of the lengths of the sides of right triangles, rather than by angles, using their base 60 form of mathematics, they report today in Historia Mathematica. Read more of this story at Slashdot. 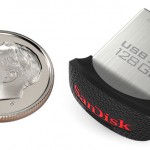 The Himalayas Dropped 3 Feet After the Nepal Earthquake