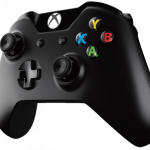 Not seen here: the Xbox One controller’s USB port that hackers have finally bent to their will. We at Ars have argued about which next-gen video game controller is more comfortable , but what hasn’t been up for discussion is that we want to use both pads on our computers. Both have USB connections, after all, and we’ve been racking up controller-friendly PC games lately. But neither Microsoft nor Sony has released official drivers to get their newest controllers working via that connection. That’s a bit crazy, as Microsoft’s choice to officially support PC gaming using the 360 pad helped make it the de facto standard for non-mouse-and-keyboard play for computer gamers. With the Xbox One controller, on the other hand, we’ve had to go the seedy, indirect path, installing unofficial drivers while crossing our fingers. Shortly after its launch, DualShock 4 buyers lucked out with an unofficial PC patch, but Xbox One controller owners had their chance shot down after Microsoft asked hacker Chris Gallizi  to stop developing his own workaround . Thankfully, another hacker made his own attempt this month before conferring with Microsoft, meaning that Windows users can finally add next-gen pads to their PC arsenal. At this time, hacker  Lucas Assis’ patch is quite inelegant, even though it received an update last week that fixed issues with the controller’s triggers. You’ll need to install an unofficial driver and two applications (linked in the video tutorial above) before the controller will even work, and you’ll probably want to install the paid XPadder app afterward to enjoy full support for your Steam library. Many games we tested didn’t work without that latter addition tossed on top. Read 1 remaining paragraphs | Comments