Enlarge (credit: Google ) NEW YORK CITY—Happy Eclipse Day! As the Moon slowly crept its way across the Sun, Google took the opportunity to host an Eclipse-themed Android 8.0 launch event in New York City. Along with eclipse glasses and a simulcast of NASA’s eclipse livestream, Android “O” finally got its full name: “Android 8.0, Oreo.” Like KitKat before it, Android’s alphabetical snack-themed codenames have gone commercial and partnered with an actual snack producer, adopting Nabisco’s trademarked “Oreo” as the name for this release. The event also came with the traditional statue unveiling: a superhero Android Oreo. With today’s event, Android 8.0 Oreo is shipping out across all the usual distribution methods. The Android Open Source Project (AOSP) is getting the 8.0 code drop. OTAs will begin to roll out “soon” to the Pixel, Pixel XL, Nexus 5X, Nexus 6P, Nexus Player, and Pixel C, and system images  should be up on developers.google.com soon. Any device enrolled in the Android Beta Program will also be upgraded to these final builds. Read 4 remaining paragraphs | Comments 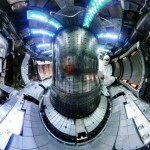