Apple is losing its grip on American classrooms, which technology companies have long used to hook students on their brands for life. From a report on MacRumors: According to research company Futuresource Consulting, in 2016 the number of devices in American classrooms that run iOS and macOS fell to third place behind both Google-powered laptops and Windows devices. Out of 12.6 million mobile devices shipped to primary and secondary schools in the U.S., Chromebooks accounted for 58 percent of the market, up from 50 percent in 2015. Meanwhile, school shipments of iPads and Mac laptops fell to 19 percent, from about 25 percent, over the same period, while Microsoft Windows laptops and tablets stayed relatively stable at about 22 percent. Read more of this story at Slashdot.

View article:
Apple Losing Out To Microsoft and Google in US Classrooms 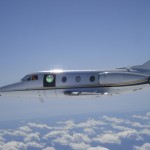