Apple will reportedly launch its smartwatch as early as October, after kicking off production in July, according to a new report from Reuters. The smartwatch will have a 2.5-inch screen, according to the news organization’s sources, which will arch up from the band and be “slightly rectangular, ” and it’ll feature touchscreen controls and wireless charging. Read More

Link:
Apple’s Smartwatch Said To Debut In October With A 2.5-Inch Screen And Wireless Charging 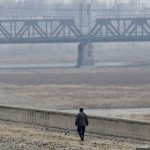