Enlarge Video game publishers often use the Digital Millennium Copyright Act to try to stop things like fan-games , ROM hacks , YouTube videos , and even “obsolete titles” from being distributed on the Internet. Japanese publisher Atlus, though, is using a more expansive view of DMCA protections to try to take down a PC-based PlayStation 3 emulator merely because it enables players to run copies of  Persona 5 . The battle centers on the Patreon page for RPCS3 , an “early, work-in-progress” effort to create a functional PS3 emulator that currently attracts more than $3,000 a month from 677 patrons. As Reddit user ssshadow notes in a thread , Atlus issued a DMCA request to Patreon to have the page taken down. While Patreon did not agree to that request, the RPCS3 team says it removed all references to Persona 5 from the Patreon page to help “resolve the situation.” Though Atlus reportedly acknowledged that “the PS3 emulator itself is not infringing on our copyrights and trademarks,” the publisher argued that “no version of the P5 game should be playable on this platform; and [the RPCS3] developers are infringing on our IP by making such games playable.” In a followup message to Patreon, Atlus reportedly argued that “to make Persona 5 work on the emulator, the user has to circumvent our DRM protections” and points out that the non-Patreon RPCS3 page provides generalized instructions for how to “dump” a legitimate copy of the game from your PS3. Read 4 remaining paragraphs | Comments

View original post here:
Atlus wants to cut off a PS3 emulator because it runs Persona 5 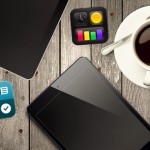 The Best Dashboard Apps to Start Your Morning Right