So you want a console for free, eh? BlueStacks is apparently prepared to offer you just that in its GamePop game console, which costs nothing for the month of May with a one-year subscription to the service (wouldn’t you know it, that costs $93.83 — just below the price of an OUYA at retail ). Like its counterparts, the GamePop is powered by Android (4.2) and runs mostly mobile games. The company isn’t sharing specs just yet, sadly. BlueStacks is promising “over 500” games, and has some top mobile devs offering credence with in testimonial. “We’ve been a featured partner in App Player since early on and they’ve delivered on every promise in terms of distribution,” Fruit Ninja studio head Shainiel Deo said, referencing BlueStacks’ App Player software . “GamePop is a great incremental channel for us.” Since games won’t be bought, but included in the subscription, devs receive a 50 percent cut of subscription revenue, determined by how often users play their games. Should you be interested in getting in early, pre-orders are now open at the GamePop website; we’ve also included an intro video from BlueStacks just below. Filed under: Gaming , HD Comments Source: GamePop.tv 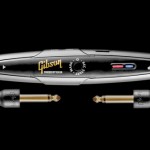 Gibson has crammed a digital recorder inside a guitar cable 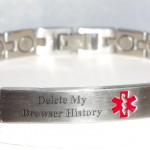 We Should All Wear This Medical Alert Bracelet That Makes Sure...