Dupple writes in with news about a discovery that should extend the life of your battery in the near future. “Powering cellular base stations around the world will cost $36 billion this year—chewing through nearly 1 percent of all global electricity production. Much of this is wasted by a grossly inefficient piece of hardware: the power amplifier, a gadget that turns electricity into radio signals. The versions of amplifiers within smartphones suffer similar problems. If you’ve noticed your phone getting warm and rapidly draining the battery when streaming video or sending large files, blame the power amplifiers. As with the versions in base stations, these chips waste more than 65 percent of their energy—and that’s why you sometimes need to charge your phone twice a day. It’s currently a lab-bench technology, but if it proves itself in commercialization, which is expected to start in 2013—first targeting LTE base stations—the technology could slash base station energy use by half. Likewise, a chip-scale version of the technology, still in development, could double the battery life of smartphones.” Read more of this story at Slashdot.

See original article:
Breakthrough Promises Smartphones that Use Half the Power 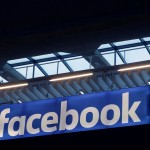 Hands-on with YouTube Gaming—Google built itself a Twitch Killer