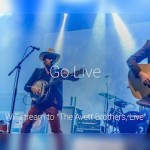 NAB 2014 wouldn’t be the same without Livestream , one of the internet’s most popular broadcasting services, introducing new hardware or software. As such, Livestream has just announced another way for users to share video on its site: an application for Google Glass . Obviously, Livestream isn’t the first to bring this feature to the wearable set, since you can already use the search giant’s own Hangouts app to broadcast what you’re seeing. Starting an event is as easy as pie: the “Livestream” voice command launches the app and one simple tap on the side of your Glass headset gets you live in no time (roughly five seconds or so, in our experience). As it stands, the only way to pair an account is by having Glass scan a QR code, which can be found within the event pages on Livestream’s website; soon you’ll be able to do this straight from the streaming platform’s iOS and Android apps. Livestream Co-Founder and Chief Product Officer, Phil Worthington, told us that it’s all about integrating the Glass app with the rest of the company’s ecosystem, like its Broadcaster and all-in-one Studio video switchers . “Our mission is to democratize live video broadcasting, so this is the best step in our revolution. We want to be on every device possible, ” Worthington stated. (Psst… Livestream video demo taken with Google Glass. How meta.) Filed under: Misc , Wearables , Internet , Google Comments Source: Livestream 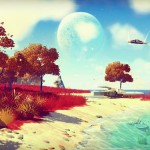 Could this beautiful game signal the end of our dystopia fetish?