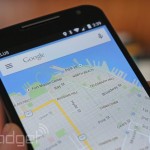 A number of states already have laws preventing the police from snooping on your phone’s location history without a warrant, but they just got another big boost from a court ruling. A California-based federal judge has determined that cops need those warrants because you have a reasonable expectation that your position data will remain private, even if it’s vague info like the whereabouts of cell towers you’ve used. Cellphones can follow you anywhere and transmit a lot of information, the judge says. That location data may reveal much more about your life than you’d willingly share, especially at home and other private places where you have plenty of constitutional protections. This isn’t the first ruling of the sort and isn’t legally binding, so there’s no guarantees that officers across the US will ask nicely before trying to find out where you’ve been. However, it could have the police thinking twice about playing fast and loose with surveillance technology. They may not be so quick to track your phone if they know that they risk losing their case. Filed under: Cellphones , Mobile Comments Via: Motherboard Source: US Courts (Archive.org, PDF)