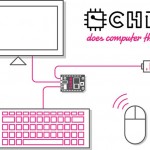 The Raspberry Pi was definitely a game changer when it hit shelves at only $35. But CHIP is hoping to make the Pi look positively pricey by comparison. The Kickstarter campaign has already blown way past its $50, 000 goal. In fact, at the time of this writing its approaching $500, 000. Like the Pi, CHIP is a fully functional computer. The tiny board is home to a 1GHz CPU, 512MB of RAM and 4GB of storage, all of which power a full-fledged (if light-weight) Linux desktop. Even more impressive is that there’s both WiFi and Bluetooth on board. It’s mostly aimed at tinkerers and DIYers , hence the I/O pins waiting for your attention, but you could certainly use it as an inexpensive general purpose computer… so long as you’re not particularly demanding. Now, to be fair, if you want a VGA adaptor or HDMI adaptor you’ll have to shell out a little more ($19 and $24 respectively), but you could hook it up to most TVs with the built-in composite video port. The $50 PocketCHIP, however, is truly impressive. It’s the same versatile board, but it comes with a case that’s home to a battery, a keyboard and 4.3-inch touchscreen. Yes, your smartphone is definitely more powerful, but for $50, this is incredibly impressive for something no bigger than an OG GameBoy. Filed under: Misc Comments Via: TechCrunch Source: CHIP (Kickstarter) 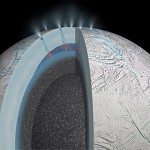 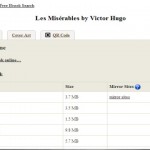 Project Guttenberg Adds Dropbox Support, Perfect for Syncing to All Your...