The CIA’s Inspector General has asked the Justice Department to consider criminally charging CIA agents who spied on a senate committee that was engaged in writing a report that was highly critical of the CIA’s use of torture. Senator Mark Udall, who sits on a CIA oversight committee and whose staff was spied on by the CIA alleges that the CIA surveilled overseeing senators and their staff with Obama’s knowledge and consent. In a recent hearing, Senator Ron Wyden asked the CIA director repeatedly whether the Computer Fraud and Abuse Act, America’s major anti-hacking statute, applied to the CIA, and whether the CIA spied domestically. CIA director John Brennan replied “yes” and “no,” respectively. If Udall’s allegations are correct, this means that Brennan lied to Congress (in the second instance) and committed a felony (in the first instance). The report that caused some CIA agents to spy on their bosses was about how the CIA was wasting time, getting nowhere and doing something illegal and cruel when it kidnapped terror suspects and tortured the shit out of them. McClatchy and the New York Times reported Wednesday that the CIA had secretly monitored computers used by committee staffers preparing the inquiry report, which is said to be scathing not only about the brutality and ineffectiveness of the agency’s interrogation techniques but deception by the CIA to Congress and policymakers about it. The CIA sharply disputes the committee’s findings. Udall, a Colorado Democrat and one of the CIA’s leading pursuers on the committee, appeared to reference that surreptitious spying on Congress, which Udall said undermined democratic principles. “As you are aware, the CIA has recently taken unprecedented action against the committee in relation to the internal CIA review and I find these actions to be incredibly troubling for the Committee’s oversight powers and for our democracy,” Udall wrote to Obama on Tuesday. Obama knew CIA secretly monitored intelligence committee, senator claims [Spencer Ackerman/The Guardian] 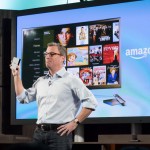 Fire TV: Everything You Need to Know About Amazon’s Streaming Box