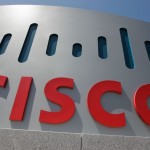 When you think of internet security from Cisco, you probably imagine firewalls and routers ( usually ) stopping hackers and malware from hitting your network. You’re going to have to expand that definition very shortly, though. Cisco has snapped up OpenDNS, whose domain name services you might have used to dodge regional restrictions or improve on your internet provider’s less-than-stellar connection. The networking giant isn’t making the acquisition for any of those reasons, though. Instead, it’s all about boosting Cisco’s cloud security — the goal is to defend against attacks on your corporate network wherever you happen to be, and to predict threats before they strike. You might not get much first-hand experience with the fruits of this merger, but things will likely kick into high gear when the purchase closes later in 2015. And in case you’re wondering: no, OpenDNS’ existing services aren’t going away . They’ll continue to run as-is (and importantly, expand) under the deal, so you won’t have to scrounge around for an alternative. [Image credit: AP Photo/Paul Sakuma] Filed under: Networking , Internet Comments Source: Cisco , OpenDNS

See the original post:
Cisco buys a DNS provider to protect you in the cloud