An outage of one company’s servers might only affect that company’s customers — but when a major data center for Amazon hits kinks, sites that rely on the AWS cloud services all suffer from the downtime. That’s what happened today, when several major sites or online services (like Instagram and AirBnB) were knocked temporarily offline, evidently because of problems at an Amazon data center in Northern Virginia. From TechCrunch’s coverage of the outage: “The deluge of tweets that accompanied the services’ initial hiccups first started at around 4 p.m. Eastern time, and only increased in intensity as users found they couldn’t share pictures of their food or their meticulously crafted video snippets. Some further poking around on Twitter and beyond revealed that some other services known to rely on AWS — Netflix, IFTTT, Heroku and Airbnb to name a few — have been experiencing similar issues today.” Read more of this story at Slashdot. 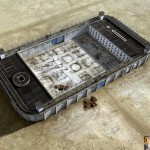 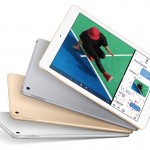 Apple’s new 9.7-inch iPad is its cheapest yet