Frosty Piss writes “Delta Air Lines plans to buy 11, 000 Microsoft Surface 2 tablets for its pilots to replace the heavy bundles of books and maps they haul around now. Delta says the Surface tablets will save it $13 million per year in fuel and other costs. Right now, each pilot carries a 38-pound flight bag with manuals and maps. Other airlines, including American and United, have been buying Apple’s iPad for that purpose. One reason Delta picked a Microsoft device was that it’s easier to give pilots separate sections for company and personal use, said Steve Dickson, Delta’s senior vice president for flight operations. Another reason for picking the Surface tablet is that Delta’s training software also runs on the same Windows operating system as the tablets, reducing the need to redo that software for another device, Dickson said.” Read more of this story at Slashdot. 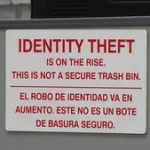