Nate the greatest writes “Intel didn’t mention how much they paid for digital textbook startup Kno when they announced the acquisition last week but inside sources are now saying that the digital textbook startup was picked up for a song. GigaOm reported earlier today that their sources told them that Kno sold effectively for pennies on the dollar: ‘Well placed sources who were in the know told us that the company sold for $15 million with some retention bonuses for the employees. Intel bought the company mostly for its hardware-related intellectual property and the employees. Intel also was one of the largest investors in the company — having pumped in $20 million via its Intel Capital arm.’ Kno had raised $73 million in venture capital since it was founded 4 years ago, and it picked up another $20 million in debt. This deal was nothing less than a fire sale, and that does not bode well for the digital textbook market or other startups in this niche. Inkling, for example, just raised $20 million dollars this summer in order to compete in a market that where one of their competitors failed.” Read more of this story at Slashdot. 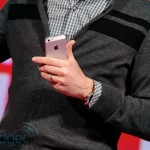 Computer scientists to FBI: don’t require all our devices to have...