(credit: Adam Melancon ) Even if 4K TVs were popular Black Friday and Cyber Monday steals, there continues to be a lack of 4K content to watch on them. DirecTV wants to provide a solution: the company’s SVP of Video and Space Communications Phil Goswitz confirmed at New York’s TranSPORT conference that DirecTV will launch a live 4K broadcasting service sometime in “early 2016.” At the conference, Goswitz explained that the company currently has the ability to transmit up to 50 new UHD channels, and live sports transmissions are already being tested as part of next year’s rollout. DirecTV already has the hardware in place, and according to Goswitz, the company wants to get ahead of cable companies and provide viewers with 4K content they can’t get from their cable companies. “I think the belief that there are technology challenges is a bit of a misinformed myth,” he said. “I think technology throughout the entire ecosystem is ready. But I think content is king; the plane is ready to take off and there is no king on board.” Goswitz went on to say that DirecTV is “moving into working with partners” to create more 4K content. Currently Netflix and YouTube have some 4K video ready to stream, but most companies continue to focus on hardware. Roku and TiVo recently came out with updated set-top boxes ready for 4K streaming, but they still have to work with the finite amount of 4K content available. Read 1 remaining paragraphs | Comments 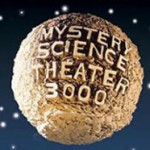 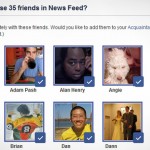 Improve Your Facebook News Feed in Minutes with the "Organize" Tool