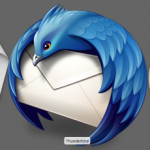 Mozilla would like to drop Thunderbird from its list of projects. (credit: Andrew Cunningham) You might know Mozilla primarily for its Firefox browser, but for many years the company has also developed an e-mail client called Thunderbird. The two projects use the same rendering engine and other underlying technology, but Mozilla Executive Chairwoman Mitchell Baker has announced that Mozilla would like to stop supporting Thunderbird, calling its continuing maintenance “a tax” on the more important work of developing Firefox. “Many inside of Mozilla, including an overwhelming majority of our leadership, feel the need to be laser-focused on activities like Firefox that can have an industry-wide impact,” Baker writes. “With all due respect to Thunderbird and the Thunderbird community, we have been clear for years that we do not view Thunderbird as having this sort of potential.” Mozilla doesn’t plan to drop Thunderbird immediately, however—the current maintenance schedule will continue and Thunderbird users can continue to use the product. But the end goal for Mozilla, according to Baker, is to find “the right kind of legal and financial home” for the Thunderbird project, and “[separate] itself from reliance on Mozilla development systems and in some cases, Mozilla technology.” In other words, the company would like to give Thunderbird to people who will take care of it, freeing the Firefox team from having to worry about it. Read 1 remaining paragraphs | Comments

Read More:
Thunderbird “a tax” on Firefox development, and Mozilla wants to drop it 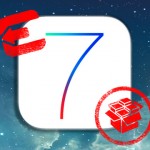 What’s Happening with the iOS 7 Jailbreak? Should I Use It?