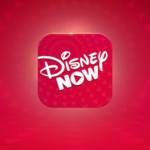 Disney has combined four of its kid-friendly streaming apps into one all-encompassing one called DisneyNOW . It has everything that the separate Disney Channel, Disney XD, Disney Junior and Radio Disney apps had, but all of the content is now consolidated under a single main app. DisneyNOW has full show episodes and livestreaming of shows airing on Disney Channel, Disney Junior and Disney XD when you use a valid cable, satellite or digital service — such as Hulu and YouTube TV — login. Multiple users can create their own profiles and the app will hold their spot in shows they don’t finish and suggest content they might like based on what they watch. DisneyNOW also has games, more of which will be added monthly, and Disney Channel original movies. However, it doesn’t have theatrical releases . Disney is saving those for its Netflix rival set to launch sometime in 2019. DisneyNOW is available now on iOS, Apple TV, Android, Fire tablets and Roku with Fire TV, Android TV and web support coming in 2018. Via: TechCrunch Source: Disney

Anthem To Pay $115 Million In The Largest Data Breach Settlement...