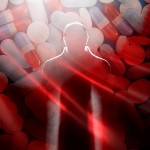 Aurich Lawson Silk Road, the infamous and anonymous online marketplace specializing in illicit goods, sells everything from pot to black tar heroin. If you can smoke it, inject it, or snort it, there’s a good chance Silk Road has it. Well, had it. Late last year, the FBI burst into a local branch of the San Francisco Public Library and arrested one Ross Ulbricht, the alleged kingpin who ran the site. It all happened while Ulbricht’s laptop was open and he was logged into his encrypted accounts. In the days that followed, the feds dropped a host of charges on Ulbricht, including several salacious accusations that Ulbricht attempted to arrange hits on various people he thought had betrayed him or blackmailed him. The feds also arrested several people accused of being major sellers, creating anxiety for those who ever bought or sold on the site. The Silk Road was closed . It didn’t take long to return. Just as the previous Silk Road operator had done, the new owner called himself “Dread Pirate Roberts” (DPR). The name came from a character in The Princess Bride who passes his piratical business down from one individual to the next, each of whom uses the same name to ensure continuity. So in a move that would seem to tempt fate, the new DPR built another version of Silk Road and restarted the drug marketplace. Read 42 remaining paragraphs | Comments 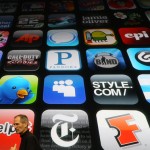 How Many Apps Does an App Need to Sell to Be...