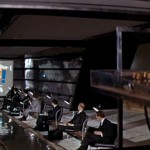 StubHub has revealed that it’s been the victim of a global fraud operation that’s lasted longer than a year. Rather than being hacked, however, criminals obtained user details from other websites and keylogging software, then proceeded to make purchases on the eBay-owned ticket site. Company official Glenn Lehrman has told Reuters that authorities in the US, Canada and the UK will conduct arrests later today, at which point more details will be released. Worried users of the service should relax, for the moment at least, since the company has promised that any unauthorized transactions were spotted and refunded back in 2013. Filed under: Internet Comments Via: WGGB Source: Reuters

Sony Is Bringing PlayStation Games To iOS and Android Devices 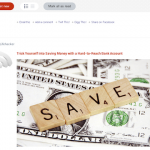 FlowReader Combines Your RSS Feeds and Social Feeds into One Webapp