According to a PC Magazine report that uses data from Cellular Insights, the Qualcomm-powered iPhone X has better LTE performance than the Intel-powered model. From the report: There are three iPhone X models sold globally. Using lab equipment, Cellular Insights tested two of them: the Qualcomm-powered A1865, sold by Sprint, Verizon, and U.S. Cellular and in Australia, China, and India; and the Intel-powered A1901, sold by most other global carriers including AT&T and T-Mobile. (The third model, A1902, is only sold in Japan.) Here in the U.S., we anticipate that the SIM-free model sold directly by Apple will be the A1865, as that’s the model that supports all four U.S. carriers. For this test, Cellular Insights looked at performance on LTE Band 4, which is used by every major U.S. carrier except Sprint, as well as in Canada and parts of Latin America. Cellular Insights attenuated an LTE signal from a strong -85dBm until the modems showed no performance. While both modems started out with 195Mbps of download throughput on a 20MHz carrier, the Qualcomm difference appeared quickly, as the Intel modem dropped to 169Mbps at -87dBm. The Qualcomm modem took an additional -6dBm of attenuation to get to that speed. Most consumers will feel the difference in very weak signal conditions, where every dBm of signal matters, so we zoomed in on that in the chart below. At very weak signal strength, below -120dBm, the Qualcomm modem got speeds on average 67 percent faster than the Intel modem. The Intel modem finally died at -129dBm and the Qualcomm modem died at -130dBm, so we didn’t find a lot of difference in when the modems finally gave out. Read more of this story at Slashdot.

See original article:
Every iPhone X Is Not Created Equal 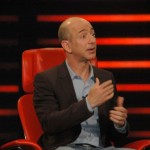 Amazon cloud has 1 million users and is near $10 billion... 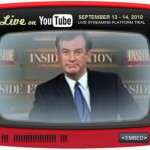 YouTube opens live streaming for all verified channels, even yours