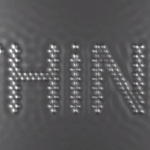 After taking a few shadowy pictures for the scientific world’s paparazzi, the atom is now ready for its closeup. Today, a team of IBM scientists are bypassing the big screen to unveil what they call the “world’s smallest movie.” This atomic motion picture was created with the help of a two-ton IBM-made microscope that operates at a bone-chilling negative 268 degrees Celsius. This hardware was used to control a probe that pulled and arranged atoms for stop-motion shots used in the 242-frame film. A playful spin on microcomputing, the short was made by the same team of IBM eggheads who recently developed the world’s smallest magnetic bit . Now that the atom’s gone Hollywood, what’s next, a molecular entourage? Filed under: Storage , Science , Alt Comments

Worth1000 shutting its doors 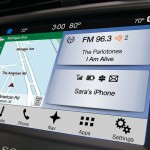