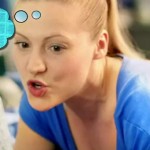 It’s no secret that Facebook likes its targeted advertising . However, that affinity may soon blossom into a full-fledged love affair. The social network’s Ken Rudin tells the Wall Street Journal that his company is testing a system which targets ads based on where users’ mouse cursors hover; it can also tell whether or not mobile users see their news feeds. Neither tracking technology is new, but the scale of behavioral data collection would be unprecedented when Facebook has almost 1.2 billion users . Don’t be too quick to close your account in protest, though. Rudin notes that there won’t be a decision on the technology for another “couple of months, ” and it may never see the light of day. If you don’t like the idea of Facebook monitoring your on-screen habits, we’d suggest making yourself heard . Filed under: Internet , Facebook Comments Source: Wall Street Journal

You can run DSL over wet string 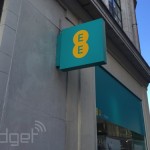 EE flips the switch on its faster 4G network in London