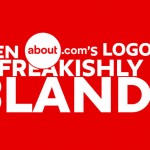 When long-lived websites close down, they often give little notice, sending archivists scrambling to rescue its work for posterity. About.com, the venerable topic-mining hive abruptly put to death, seems to be a counter-example: a faceless mountain of bland, undifferentiated, half-plagiarized content that no-one seems sad to see vanish . Even its own CEO is plainly contemptuous of it. That’s why Vogel tells Business Insider he’s going to shut the site down as of May 2nd. “I got a phone call from Joey Levin, who is the CEO of IAC [About.com Group’s parent company]. He asked, ‘What do you think of About.com?'” Vogel told BI. “My answer — in perfect arrogance — was ‘I don’t.’ Who thinks of About.com? Nobody.” But not all of About.com is going away necessarily. Vogel says he will take parts of the website and turn them into separate niche verticals, then announce a new name for the overarching brand at a conference in New Orleans. “A year ago we were a general interest site,” Vogel told The Drum in March. “We were not growing. In fact, we were kind of shrinking. We had great content, but we were doing the wrong thing.” About.com was one of the earliest big web successes to cash out: to Prime Media in 2000 for $690m, then to the New York Times in 2005 for $410m, IAC in 2012 for $300m, and now to the deep void for sweet fuck all—but also the hope that the staff and infrastructure can be used to launch something new. “I’m not going to be the guy who ruined About.com,” Vogel told Business Inside. “ It’s already ruined, so this is all upside here. ”