First time accepted submitter wmr89502270 writes “Doctor Who is celebrating its 50th anniversary this year. The special The Day of The Doctor will be broadcast simultaneously in over 75 countries and hundreds of cinemas in the UK. Across the world the hotly anticipated special episode will be screened simultaneously in full 3D. According to Copyright law of the United Kingdom, the copyright in a broadcast program expires 50 years from the end of the year in which it is broadcast, which means the first episodes will fall to public domain next year.” Read more of this story at Slashdot. 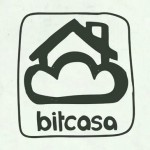 NVIDIA proves the cloud can replace a high-end gaming rig