Earlier this week, a man accused of stealing trade secrets from Microsoft and handing them to a French blogger was sentenced to three months in jail and a $100 fine in the Western District of Washington. Alex Kibkalo worked for Microsoft in the company’s Russia and Lebanon offices. According to an FBI complaint filed earlier this year, Kibkalo leaked pre-release updates for Windows RT and a Microsoft-internal Activation Server SDK to a French blogger in retaliation for a poor performance review. The blogger allegedly asked a third party to verify the stolen SDK, but that third party, who connected with the blogger via Hotmail, alerted Microsoft of the theft instead. At that point, Microsoft launched its own internal investigation and searched the Hotmail account to find the blogger and his source. The company’s investigation team was soon able to trace back to Kibkalo and then discovered that he had created a virtual machine on Microsoft’s corporate network from which he uploaded the stolen goods to SkyDrive. When confronted, Kibkalo admitted to handing over software, company memos, and other documents. He was fired and later arrested. Read 3 remaining paragraphs | Comments 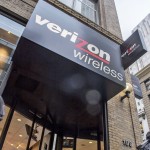 Verizon FiOS streaming no longer counts toward your data cap