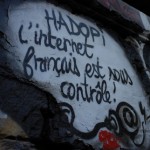 This street art in eastern France reads: “Hadopi: The French Internet is under control!” mathias France finally put an end to the most extreme measure of its famous “three strikes” anti-piracy regime: no one will face being cut off from the Internet. The law is better known by its French acronym, Hadopi. In the last few years under the law, the Hadopi agency famously set up a system with graduating levels of warnings and fines . The threat of being cut off entirely from the Internet was the highest degree, but that penalty was never actually put into place. “Getting rid of the cut-offs and those damned winged elephants is a good thing. They’re very costly,” Joe McNamee, of European Digital Rights, quipped to Ars. Read 11 remaining paragraphs | Comments

Hacking the US Prescription System