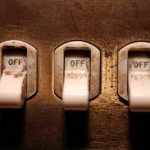 Even if you’ve only played a handful games with online multiplayer in the past dozen years, chances are that at least a few of your sessions have been powered by Gamespy’s back-end tech . On May 31st, the company is shutting down its servers for good, and as a result, a bunch of games are losing their online capabilities. For console games, that largely amounts to multiplayer. For certain PC titles though, that also includes authentication servers for CD keys — losing those means losing access to the game itself. You probably weren’t playing most of what Gamespy’s listed anymore ( WWE SmackDown vs Raw 2009 on PS3, anyone?), though, and a good deal of what’s there are somewhat obscure Wii, DS and PC titles. There are, however, high-profile stand-outs: most anything from Rockstar Games and Activision, or the PS3 version of Borderlands and the hardcore military-sim (and basis for DayZ ) ARMA series, for instance. What about those? Well, according to IGN ‘s sources , GameSpy’s parent company has been working with some developers and publishers, including Rockstar, to migrate to different platforms for around two years. Activision said that its players won’t be affected, and ARMA- developer Bohemia Interactive is “very near” to finding a solution , but couldn’t share many details. Gearbox Software, the studio responsible for Borderlands, passed the buck to its publisher 2K Games, which declined to comment. As gaming moves further into a future that’s ever-more reliant on the internet, these types of things will likely (perhaps inevitably) continue to happen. After all, justifying the cost involved for keeping servers active for a relatively small number of people can be hard to justify. We’ve reached out to 2K ourselves, and will update this post should we hear back. [Image credit: Paul Cross / Flickr ] Filed under: Gaming , Home Entertainment , Networking , Internet , HD Comments Via: Gamasutra Source: GameSpy (1) , (2)