Goldman Sachs has demanded a court order to get Google to unsend an e-mail that the bank sent in error, according to Reuters’ report Wednesday. The e-mail contained “highly confidential” information addressed to the wrong account, a mistake on Goldman Sachs’ part that Google hasn’t yet been tempted to rectify. Goldman Sachs did not specify to Reuters how many clients were affected in the situation, which occurred on June 23. Reportedly, the mistake happened while a Goldman Sachs contractor was testing internal changes made to Goldman Sachs’ system to meet new requirements from the Financial Industry Regulatory Authority. The contractor prepared a report with sensitive client information, including details on brokerage accounts, and e-mailed it to a gmail.com address, rather than the gs.com one she intended. Reuters says that it tried to “retrieve the report” and contact the owner of the Gmail account without success. Google told Goldman Sachs on June 26 that it couldn’t reach through Gmail and delete the e-mail without a court order. Goldman Sahcs filed with the New York Supreme Court, requesting “emergency relief” to both avoid a privacy violation and “avoid the risk of unnecessary reputational damage to Goldman Sachs.” Read on Ars Technica | Comments

Read the original post:
Goldman Sachs demands Google unsend one of its e-mails 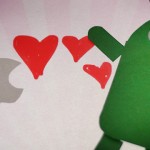