A handful of Android apps made their way to Chrome OS last year, thanks to Google’s native client called App Runtime for Chrome (ARC). Now, Google is giving all Android developers access to ARC and not just well-known ones like the creators of Evernote and Vine (two of the apps ported in 2014). To be exact, Mountain View has released an app/browser extension called ARC Welder that packages Android APKs into applications for Chrome OS and other desktop platforms. Yes, these converted apps could work even on Mac, Windows and Linux computers loaded with the Chrome browser. We say “could, ” because the final products don’t always work. Ars Technica put a few applications to the test and found that a lot of them don’t run on computers, because, well, they were designed for smartphones and tablets. Developers can tweak their creations if they stop running after going through ARC Welder, though. Once they’re done, they can upload the files directly to the Chrome Web Store. Even if you’re not a developer, you can still use ARC Welder to convert APKs on your own, but as we said, don’t be surprised if some of them don’t work. Filed under: Laptops , Google Comments Via: OMG! Chrome! Source: Chrome Developers , ARC Welder 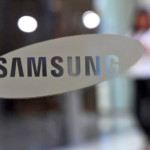