Follow this link:
‘Guardians of the Galaxy’ team says why it used Red’s 8K camera 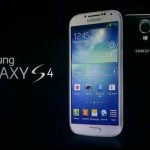