It’s hard for magnetic data tapes to stand out from the crowd in an era when it’s easy to load up on legions of hard drives . However, Sony might have managed that rare feat with nano-sized tape tech that stores much more than off-the-shelf hardware. By optimizing how it sputters argon ions on to film to create magnetic material, the company has produced “nano-grained” tape that’s 74 times denser than what you see today; at 185TB per cartridge, it makes even a 5TB hard disk seem quaint. Sony’s breakthrough won’t come to your home PC, but it could prove a big help to supercomputers and your favorite internet services — many of them need high-capacity tape storage just to keep up with demand. [Image credit: Theilr, Flickr ] Filed under: Storage , Sony Comments Via: ITWorld Source: Sony 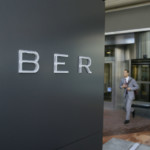