An anonymous reader quotes a report from Fortune: Hackers have been burrowing their way inside the critical infrastructure of energy and other companies in the U.S. and elsewhere, warns cybersecurity giant Symantec. In a new report, Symantec claims that the threat of cyberattack-induced power outages in the west has elevated from a theoretical concern to a legitimate one in recent months. “We’re talking about activity we’re seeing on actual operational networks that control the actual power grid, ” Eric Chien, technical director of security technology and response at Symantec, told Fortune on a call. Reports surfaced over the summer of hackers targeting staff at nuclear energy facilities with phishing attacks, designed to steal login credentials or install malware on machines. The extent of the campaign as well as the question of whether the attackers had breached operational IT networks, rather than merely administrative ones, was unclear at the time. Symantec is now erasing all doubt. “There are no more technical hurdles for them to cause some sort of disruption, ” Chien said of the hackers. “All that’s left is really motivation.” Symantec detailed its findings in a report released Wednesday morning. The paper tracks the exploits of a hacker group that Symantec has dubbed DragonFly 2.0, an outfit that the company says it has linked to an earlier series of attacks perpetrated between 2011 and 2014 by a group it dubbed DragonFly. Read more of this story at Slashdot. 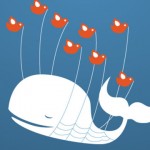