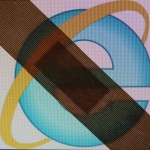 a_codepoet Microsoft developers have fortified Internet Explorer with new protections designed to prevent a type of attack commonly used to surreptitiously install malware on end-user computers. The “isolated heap for DOM objects” made its debut with last week’s Patch Tuesday . Just as airbags lower the chance of critical injuries in automobile accidents, the new IE protection is designed to significantly lessen the damage attackers can do when exploiting so-called use-after-free flaws in the browser code. As the name suggests, use-after-free bugs are the result of code errors that reference computer memory objects after they have already been purged, or freed, from the operating system heap. Attackers can exploit them by refilling the improperly freed space with malicious code that logs passwords, makes computers part of a botnet, or carries out other nefarious behavior. Use-after-free flaws are among the most commonly exploited, often at great expense to end users. Recent in-the-wild attacks that targeted IE versions 9, 10, and 11 capitalized on a use-after-free bug. The bug class has been at the heart of many other real-world attacks on IE that are too numerous to count . (They have also been known to bring down Google Chrome and Mozilla Firefox.) Wei Chen, an exploit developer with Rapid 7’s Metasploit vulnerability framework, likens use-after-free exploits to sneaking tainted cookies into an already-opened bag of Oreos. Read 5 remaining paragraphs | Comments 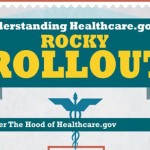 A Comprehensive Review of what Went Down with HealthCare.gov

ToolWiz Time Freeze Protects Your PC’s State With a Password