Enlarge / What’s all this gaming blather about Ryzen? Let us explain. (credit: Mark Walton) The response to AMD’s Ryzen processors with their new Zen core has been more than a little uneven. Eight cores and 16 threads for under $500 means that they’re unambiguously strong across a wide range of workloads; compute-bound tasks like compiling software and compressing video cry out for cores, and AMD’s pricing makes Ryzen very compelling indeed. But gaming performance has caused more dissatisfaction. AMD promised a substantial improvement in instructions per cycle (IPC), and the general expectation was that Ryzen would be within striking distance of Intel’s Broadwell core. Although Broadwell is now several years old—it first hit the market way back in September 2014—the comparison was relevant. Intel’s high-core-count processors—both the High End Desktop parts, with six, eight, or 10 cores, and the various Xeon processors for multisocket servers—are all still using Broadwell cores. Realistically, nobody should have expected Ryzen to be king of the hill when it comes to gaming. We know that Broadwell isn’t, after all; Intel’s Skylake and Kaby Lake parts both beat Broadwell in a wide range of games. This is the case even though Skylake and Kaby Lake are limited to four cores and eight threads; for many or most games, high IPC and high clock speeds are the key to top performance, and that’s precisely what Kaby Lake delivers. Read 56 remaining paragraphs | Comments

View article:
Intel still beats Ryzen at games, but how much does it matter? 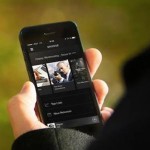 Universal reportedly wants Spotify to scale back its free streaming 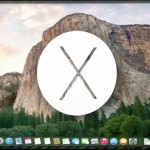