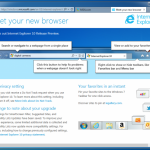 The tenth major version of Internet Explorer has been available to users of Windows 8 for months , in both the operating system’s pre-release days and since it hit retail on October 26. But while Microsoft declared IE10 ready to go for Windows 8, users of Windows 7 could not download the browser—until today. Even now, Internet Explorer 10 for Windows 7 is only available in a ” Release Preview .” It’s the first preview of IE10 to be usable on Windows 7 since last year’s Platform Preview . But what’s available today is a version of IE10 that is presumably ready for daily use, as installing it replaces the user’s previous version of Internet Explorer. IE10 is only for Windows 7 and Windows 8. The reason for the staggered releases hasn’t been confirmed, but as we noted in an article last month , “The extra time required for Windows 7 may be due to underlying platform differences—Windows 8 supports Direct3D 11.1, compared to 11.0 on Windows 7, for example. So if Internet Explorer 10 depends on Direct3D 11.1 features, either that dependence has to be removed, or Direct3D 11.1 has to be ported to Windows 7.” Read 2 remaining paragraphs | Comments 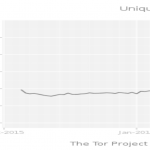 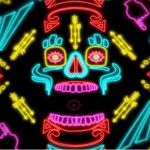