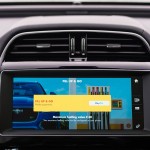 Luxury automaker Jaguar Land Rover has partnered with Shell to make fueling up a touch more convenient. That’s because everyone who owns a vehicle equipped with the company’s InControl Apps will be able to pay for gas without ever leaving the driver’s seat. All you need is the Shell mobile app, either a PayPal or Apple Pay account and at least $40, 000 for one of the supported cars and you too can take advantage of the new feature. As the video below shows, it looks like all you need to do is connect your iPhone (Android support arrives sometimes later this year) to your Jag’s infotainment system via USB. From there, everything is handled via the car’s touchscreen. How this differs from other mobile payment tech, Jaguar says, is that this one uses geolocation in concert with PayPal or Apple Pay for transactions. The functionality launches February 15th in the UK and additional availability will roll out over the course of this year. Jaguar says that additional applications of the tech could include drive-through restaurants and parking services. Which, to be honest, sound far more convenient than paying for gas. I mean, you still have to get out of your car for the former. The latter? It should eliminate the awkwardness of digging your wallet from a back pocket while you’re seated. Source: Jaguar 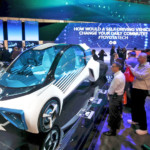 Toyota plans to offer more than 10 EV models by the... 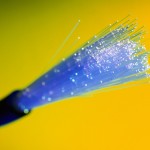