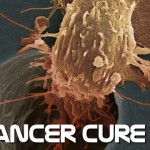 Celebrated geneticist James Watson, one of several researchers who won the Nobel Prize for discovering the structure of DNA, has just published what can only be called a cancer manifesto in Open Biology . It’s full of fairly harsh criticisms for current cancer researchers, but also suggests several ways forward in the “war on cancer.” Among other claims, Watson asserts that antioxidants like vitamin C — often recommended as cancer-prevention supplements — could be causing some forms of cancer. He also has harsh words for personalized medicine, and the laziness of cancer researchers. More »