schwit1 writes: Kobe Steel, a major Japanese supplier of steel and other metals worldwide, has admitted that it faked the specifications to metals shipped to hundreds of companies over the past decade.Last week, Kobe Steel admitted that staff fudged reports on the strength and durability of products requested by its clients — including those from the airline industry, cars, space rockets, and Japan’s bullet trains. The company estimated that four percent of aluminum and copper products shipped from September 2016 to August 2017 were falsely labelled, Automotive News reported. But on Friday, the company’s CEO, Hiroya Kawasaki, revealed the scandal has impacted about 500 companies — doubling the initial count — and now includes steel products, too. The practice of falsely labeling data to meet customer’s specifications could date back more than 10 years, according to the Financial Times.For rockets the concern is less serious as they generally are not built for a long lifespan, but for airplanes and cars this news could be devastating, requiring major rebuilds on many operating vehicles. Read more of this story at Slashdot. 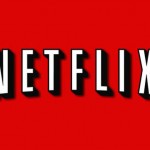 Almost Half The U.S. Subscribes To Netflix, Amazon Prime or Hulu...

The Guy Who Unknowingly ‘Live-Blogged’ the Bin Laden Raid