The German city of Munich, once seen as a open-source pioneer, has decided to return to Windows. Windows 10 will be rolled out to about 29, 000 PCs at the city council, a major shift for an authority that has been running Linux for more than a decade. From a report: Back in 2003 the council decided to to switch to a Linux-based desktop, which came to be known as LiMux, and other open-source software, despite heavy lobbying by Microsoft. But now Munich will begin rolling out a Windows 10 client from 2020, at a cost of about Euro 50m ($59.6m), with a view to Windows replacing LiMux across the council by early 2023. Politicians who supported the move at a meeting of the full council today say using Windows 10 will make it easier to source compatible applications and hardware drivers than it has been using a Linux-based OS, and will also reduce costs associated with running Windows and LiMux PCs side-by-side. Read more of this story at Slashdot. 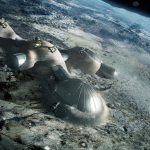